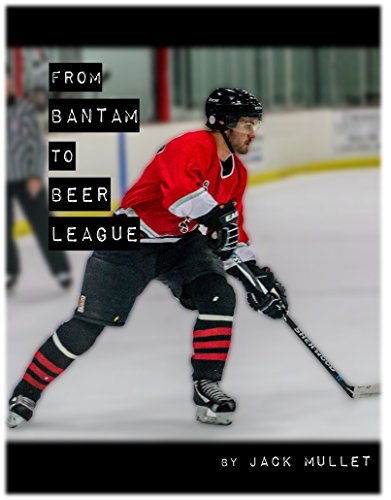 Jack Mullet is the creator of an opinionated hockey show found on YouTube. After being fed up with hockey opinions being delivered by sources like XM Radio, The Hockey News, and various blogs, Jack decided it was time for his voice to be heard. In November of 2012, the Jack Mullet Hockey Show was born. After creating a few videos with little success, the show took a hiatus.
In the summer of 2012, Jack felt rejuvenated and took another shot at the show. Instead of trying to “one up” everyone else when it comes to hockey knowledge, Jack decided to try and deliver his hockey opinion from a different angle; fun and entertaining. In Jack’s mind, his show has been a success. The shows views and subscribers has slowly grown over the past 2 seasons, and Jack has met many great people along the way.
After reading Jeremy Roenick’s autobiography in the summer of 2014, Jack was inspired. While reading the book, Jack would often day dream and reminisce about his own experiences playing hockey. Jack believes that everyone has a story that should be told. Thisis his.