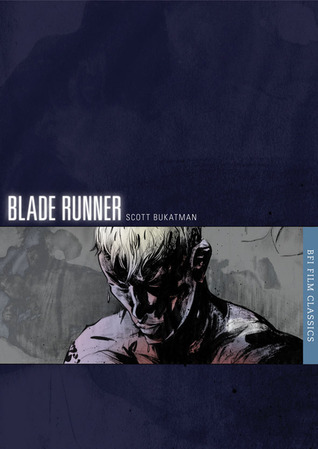 Ridley Scott's dystopian classic Blade Runner, an adaptation of Philip K. Dick's novel, Do Androids Dream of Electric Sheep?, combines noir with science fiction to create a groundbreaking cyberpunk vision of urban life in the twenty-first century. With replicants on the run, the rain-drenched Los Angeles which Blade Runner imagines is a city of oppression and enclosure, but a city in which transgression and disorder can always erupt. Graced by stunning sets, lighting, effects, costumes and photography, Blade Runner succeeds brilliantly in depicting a world at once uncannily familiar and startlingly new.

In his innovative and nuanced reading, Scott Bukatman details the making of Blade Runner and its steadily improving fortunes following its release in 1982. He situates the film in terms of debates about postmodernism, which have informed much of the criticism devoted to it, but argues that its tensions derive also from the quintessentially twentieth-century, modernist experience of the city – as a space both imprisoning and liberating.

In his foreword to this special edition, published to celebrate the 20th anniversary of the BFI Film Classics series, Bukatman suggests that Blade Runner 's visual complexity allows it to translate successfully to the world of high definition and on-demand home cinema. He looks back to the sciencefiction tradition of the early 1980s, and on to the key changes in the 'final' version of the film in 2007, which risk diminishing the sense of instability created in the original.