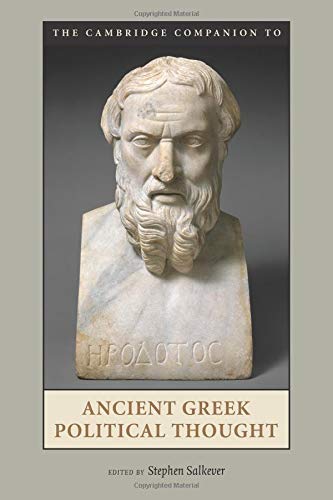 Críticas '… a rich and illuminating volume that offers fresh and useful insight into the political ideals and practices of the ancient Greek world.' Polis: The Journal for Ancient Greek Political Thought Reseña del editor A guide to understanding the central texts and problems in ancient Greek political thought, from Homer through the Stoics and Epicureans. Composed of essays by classicists, political scientists, and philosophers, the Companion brings these texts to life by analysing what they tell us about the problems of political life. Ver Descripción del producto