Black Dahlia Avenger: One of the Most Notorious Murders of the Twentieth Century . . . Solved! por Steve Hodel 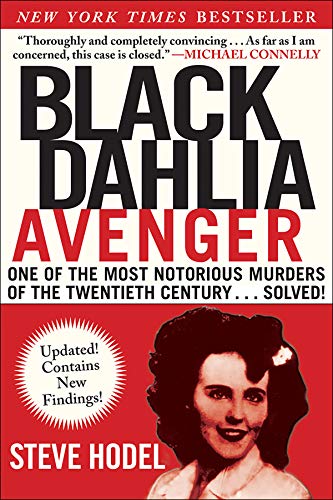 Steve Hodel con Black Dahlia Avenger: One of the Most Notorious Murders of the Twentieth Century . . . Solved!

The New York Times–bestselling reveal of the Black Dahlia killer: “Completely convincing . . . As far as I’m concerned, the case is closed” (Michael Connelly, author of The Lincoln Lawyer).   In 1947, the brutal slaying of twenty-two-year-old Elizabeth Short resulted in the largest manhunt in Los Angeles history. And yet the killer’s identity remained a mystery. Decades later, private investigator Steve Hodel launched his own investigation into the case—one that led to a shocking conclusion: The perpetrator was Hodel’s own father. And worse: The Black Dahlia was not a standalone crime. Between 1943 and 1949, the cold-case “Lone Woman” murders had haunted Southern California. All of them, Hodel believes, were committed by a real-life Jekyll and Hyde: Dr. George Hill Hodel.   In Black Dahlia Avenger, Steve Hodel “paints a chilling, detailed, week-by-week, year-by-year portrait of his father as an intellectual giant driven to serial killing by his arrested emotional development, his hatred of women and his obsessions with money, power and sex” (Los Angeles Times). Including never-before-published forensic evidence, photographs, previously unreleased documents, and the author’s own intimate perspective on this terrifying family psychodrama, Hodel “has written one of the most compelling true-crime books of all time” (Seattle Weekly).