Fields of Fire: The Inside Story of Hurling's Great Renaissance por Damian Lawlor 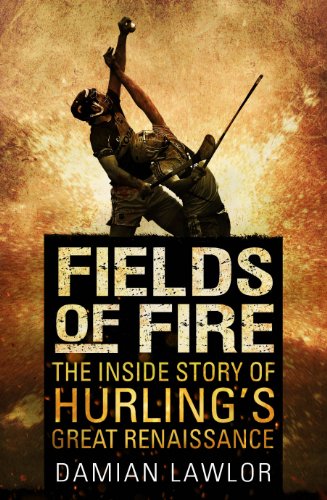 Damian Lawlor con Fields of Fire: The Inside Story of Hurling's Great Renaissance

These are exceptional times for the game of hurling. The skill, speed and summer long edge of the seat drama of recent All Ireland championships has led many to conclude that something very special is happening in the ancient game.

The Kilkenny team of the last decade has undoubtedly been the greatest in the history of hurling. Their extraordinary record speaks for itself. But has a chink finally begun to appear in Kilkenny’s armour? Or is it that the challengers have begun to catch up, at last recognising the immense effort required to compete at the highest level?

Fields Of Fire tells the story of Kilkenny’s phenomenal success and explores how the Cats became an almost indomitable force. But it also looks at the profound challenge which their supremacy presented to other counties, revealing how the struggle for competitiveness has positively transformed the game. Old rivals have adapted and learned. But new powers too have emerged – from Clare and from Limerick, from Dublin and from Waterford - young bloods who do not fear the Kings of the Game.