There And Back Again: An Actor's Tale por Sean Astin 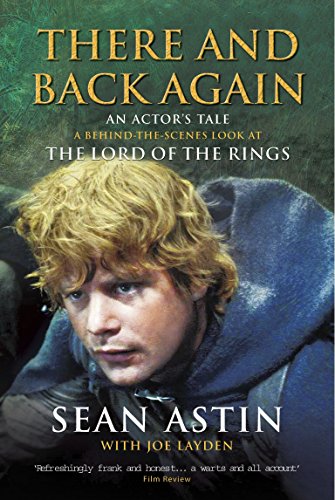 Sean Astin con There And Back Again: An Actor's Tale

Críticas ""The most penetrating account of the Rings shoot."" (Empire)""Full of titbits, tales and tantrums from the set, it's a great insight into everything that happened in New Zealand during filming."" (SFX)""Fans... will be spinning like a top to get their paws on this engrossing book... fab stuff!"" (Hot Stars)""a highly compelling and involving tale of an actor at work."" (Film Review) Reseña del editor When Sean Astin, veteran Hollywood actor of over 30 movies including The Goonies, and Rudy, landed the part of Samwise Gamgee in The Lord of the Rings, he knew it was going to be different to anything he'd ever worked on before. Here he shares his heartfelt opinions on his early movies, how he got the part of Sam at that point in his career, and what it was like to be on set for nearly two years of his life. How did he and the other cast members get along? What were the excitements and the dangers they faced during filming? What happened the evening that Elijah Wood lost the keys to his room? How did Sir Ian McKellen cope when he didn't like the music the hobbits listened to during make-up and what happened when the crew considered striking?Revealing and immensely readable, There and Back Again is the behind-the-scenes look at what it was like to be involved in the making of one of the biggest movie franchises of all time. Ver Descripción del producto