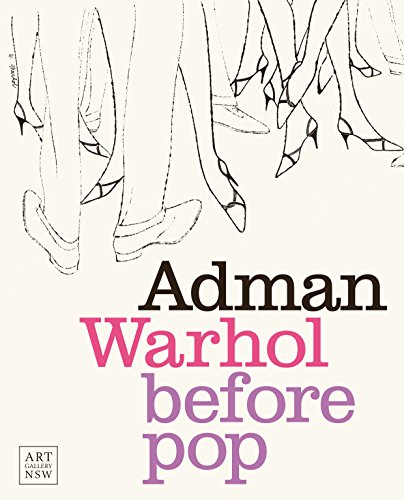 Reseña del editor With the backdrop of 1950s New York and its burgeoning advertising industry, Adman focuses on the formative years of one of the 20th century’s most influential artists, Andy Warhol. Essays by Warhol scholars and other experts in their fields provide surprising insights into the beginning of Warhol’s career, from his award-winning work as a commercial illustrator through to his first, little‐known exhibitions. With more than 150 illustrations including rare drawings and photographs, vintage advertisements, artist books, photographs and archival material, Adman explores this early phase of Andy Warhol’s art practice and his career in advertising between 1949 and 1961. The typography of Warhol’s mother, Julia Warhola, is also featured. Biografía del autor Nicholas Chambers is senior curator at the Art Gallery of NSW, previously he was curator at the Andy Warhol Museum where the exhibition and this book began. Richard Meyer is the Robert and Ruth Halperin Professor in Art History, Department of Art & Art History, Stanford University. Blake Gopnik is an art academic turned writer and critic. He was chief art critic of The Washington Post and before that was an arts editor and critic in Canada. Brett Littman is director of The Drawing Center, based in New York. Matt Wrbican is a noted Warhol scholar, former chief archivist at The Andy Warhol Museum and author of several volumes on the life and career of Andy Warhol. Nina Schleif is editor of and author for Reading Andy Warhol. She is the director of graphics collection at the Kunstforum Ostdeutsche Galerie Regensburg (Munich). Thomas Sokolowski is a curator, art historian and former director of The Andy Warhol Museum. Ellen Lupton is curator of contemporary design at Cooper-Hewitt, National Design Museum in New York City and director of the Graphic Design MFA program at Maryland Institute College of Art in Baltimore.