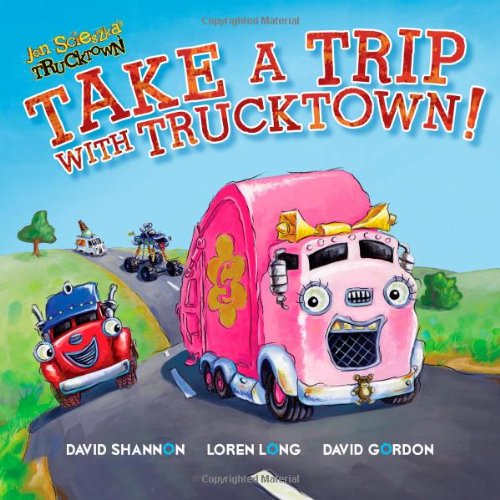 Reseña del editor Gabriella is bored, but Rosie has a solution. ROAD TRIP! The trucks have never been out of Trucktown and everything they find in the country is new. Even though the smell of fresh grass, fresh apples, and fresh flowers is delicious, there's nothing quite like the smell of home! Biografía del autor David Shannon has written and illustrated numerous award winning picture books including Duck on a Bike, the Caldecott Honor Book No David!, How I Learned to be a Pirate, and Good Boy Fergus. He is also one of the collaborative illustrators in Jon Scieszka's Trucktown series. David lives with his wife and his daughter in Los Angeles. Loren Long illustrated President Barack Obama's Of Thee I Sing; the newest version of The Little Engine that Could by Watty Piper; Madonna's second picture book, Mr. Peabody's Apples; Nightsong by Ari Berk; Frank McCourt's Angela and the Baby Jesus; Love by Matt de la Peña; and If I Was the Sunshine by Julie Fogliano. He also wrote and illustrated the Otis series and was part of the Design Garage for Jon Scieszka's Trucktown series. Loren's work has appeared in Time, Sports Illustrated, Forbes, The Wall Street Journal, and The Atlantic. He lives with his wife and two sons in Cincinnati, Ohio. Visit him at LorenLong.com. David Gordon has done visual development for numerous production companies from Lucasfilm to Pixar, including Toy Story; Monsters, Inc.; A Bug's Life; Cars; BlueSky's Robots; and Nickelodeon's Spongebob Squarepants. He's also written and illustrated several picture books, among them Hansel and Diesel, The Three Little Rigs, The Ugly Truckling, and Smitten. He's one of the illustrators of Jon Scieszka's fifty-two-book, New York Times bestselling series, Trucktown. Visit him at IllustratorRanch.com.